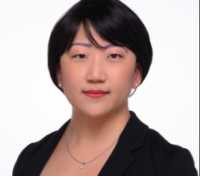 Response: Cocaine is classified by the U.S. Drug Enforcement Administration (DEA) as a Schedule II drug that can be used as an anesthetic in various types of surgery by otorhinolaryngologists, as well as in diagnosing Horner syndrome. Although controlled doses of cocaine used in topical anesthetics does not cause myocardial infarction as can occur with recreational dosages, intranasal administration of cocaine is absorbed systemically and it results in vasoconstriction of the coronary arteries via stimulation of adrenergic receptors. These potential adverse effects may disincentivize health care providers from medical cocaine use. Our objective was to quantify the trends in licit cocaine distribution in the United States using DEA data and to determine the usage of medical cocaine in Medicaid and Medicare, as well as based on electronic medical records [1].

Response: Cocaine is becoming extremely uncommon for use in outpatient and inpatient procedures. Continuation of this trend could result in medical use of this stimulant becoming an obscure pharmacological relic, of interest only to analytical chemists, veterinarians and medical historians. The pharmacology and pharmacotherapeutics education of health care providers may need to be adjusted accordingly.

Response: The pharmacoepidemiological patterns indicate that cocaine may soon reach the point where, at a practical level, it no longer functions nationally as a Schedule II substance. This report may prompt some states and institutions to reconsider whether additional efforts to identify other replacement agents is warranted.

We also continue to be surprised regarding the limited use of the DEA’s ARCOS database. This is a wonderful publicly-available resource for pharmacoepidemiology, public health, or journalism projects [2].