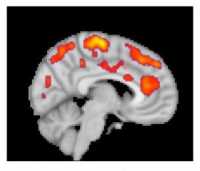 MedicalResearch.com: What is the background for this study? Can you briefly describe what is meant by fibromyalgia?

Response: Fibromyalgia (FM) is a poorly understood chronic condition characterized by widespread musculoskeletal pain, fatigue, unrefreshing sleep, memory deficits and attention difficulties, among other symptoms. FM affects an estimated 4 million adults in the U.S., but despite this prevalence, effective therapies for treating FM are lacking. 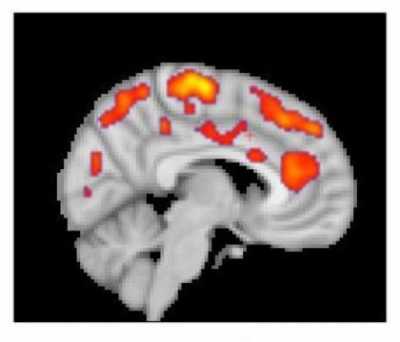 Part of the reason for the paucity of effective therapeutics is insufficient knowledge of the underlying mechanisms contributing to FM. Previous work from co-senior author of the current manuscript, Eva Kosek, MD, PhD, and collaborators at the Karolinska Institute in Sweden found elevated inflammatory molecules in the cerebrospinal fluid of FM patients, which could be reflective of brain neuroinflammation in these patients. However, no study had directly assessed the presence of neuroinflammation in the brain of FM patients.

Co-senior author of the study, Marco Loggia, PhD, and collaborators showed in a 2015 Brain publication that individuals with chronic low back pain (cLBP) exhibit evidence of brain neuroinflammation, specifically activation of glial cells. Our team utilized simultaneous MR/PET imaging to image brain levels of the 18 kDa translocator protein (TSPO), which is widely used as a marker of glial activation due to vast upregulation of TSPO in glial cells, e.g. microglia and astrocytes, in preclinical models of inflammation and neurological disease. Dr. Loggia sought to extend these finding in cLBP to FM, hypothesizing that activation of glial cells may also be associated with FM pathology. To this end, we used the same TSPO PET tracer to image 20 FM patients and 16 healthy controls.

During a conference where I was presenting preliminary results of the fibromyalgia study, Dr. Loggia met with Dr. Kosek and discovered that, across the Atlantic, her group was performing a very similar study, imaging 11 FM patients and 11 controls with the same TSPO PET compound. They decided to form a collaboration, and logistic talks began to determine the best strategy to combine and analyze the separate datasets. In addition to PET imaging with the TSPO tracer, which is suggested to reflect activated microglia and astrocytes, Dr. Kosek’s group also collected PET scans using a tracer thought to bind specifically to astrocytes rather than microglia. This tracer was used in order to discern the relative contributions of microglia and astrocytes to any observed differences in TSPO PET signal.

Response: We found that patients with fibromyalgia demonstrated evidence of elevated brain glial activation compared to healthy controls in many cortical brain regions, including those involved in pain processing and regulation of emotion and affect. Importantly, post-hoc tests showed us that when the two datasets were looked at independently, average TSPO PET signal in fibromyalgia patients was still higher than controls within each of the two sites (MGH and KI). This highlights the reliability of the finding.
Another important finding of the study was that subjective ratings of fatigue were positively correlated with TSPO PET signal, meaning that the greater the glial activation within a certain patient, the greater their fatigue. This result was found specifically in the cingulate gyrus, a region where a similar relationship had previously been observed in patients with chronic fatigue syndrome.

Response: There is a large body of previous neuroimaging work indicating the presence of central nervous system aberrations in fibromyalgia. However, the current study represents the first direct evidence of brain neuroinflammation, specifically glial activation, in fibromyalgia, and I think that’s one of the largest takeaway messages from the study. When I describe our work in FM to other people, even research scientist colleagues, I am frequently met with some degree of skepticism about whether fibromyalgia constitutes a “real” disorder. I’ve always been able to say that in my own interactions with patients I’ve never doubted the veracity of their symptoms. Now we have objective measures showing what we believe to be evidence of activated glial cells that are contributing to the pathology. I think that this knowledge is important for fibromyalgia patients to better understand their affliction, as well as to society for helping to reduce stigma associated with the disorder.

I think another important aspect to this study was its collaborative nature. This is the first large-scale collaboration that I’ve been a part of, and it was a pleasure to share data and ideas with our collaborators at the Karolinska Institute. Independently, I think we could have published two nice studies, but I believe were we able to achieve something greater than the sum of those separate studies. It would be great to see more collaborative initiatives like this.

Response: While we were very excited with the strong findings reported in the paper, every scientific study needs to be replicated to ensure the findings are legitimate. Even with stringent statistical methodology, there is always a chance of false positive or negative results. That we were able to see similar effects when looking within study sites separately gives support that the results are real, but it would increase my confidence further if other groups report similar observations.

No disclosures from any parties involved in the study.