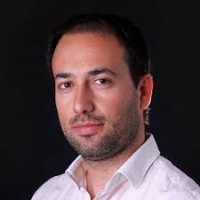 Response: Ever since I was a graduate student, I have been intrigued by the performance of ritual practices that involve pain, bodily harm, and other forms of suffering. These rituals carry obvious risks, including health risks, but despite these risks they are performed voluntarily by millions of people around the world. And even more intriguing is the fact that in various contexts such rituals are often culturally prescribed remedies for a variety of maladies. When I was doing my doctoral fieldwork, I studied the fire-walking rituals of the Anastenaria in Northern Greece, and I heard several people describing their experience of participation as one that involved both suffering and healing. And of course I am not the first anthropologist to document this link. But these observations seemed puzzling to me. Some years later, I met one of the co-authors of this paper, Sammyh Khan, who was asking very similar questions.

We got a grant to design this study, and put together a team of researchers that spent two months in the field collecting data for this project. We studied the Hindu kavadi ritual, which involves piercing the body with numerous needles, hooks, and skewers, and various other forms of suffering. Our study took place in the island of Mauritius, where I have been conducting research over the last decade, but this ceremony is performed by millions of Hindus around the world. We used portable health monitors as well as interviews and survey instruments to document the effects of this ritual of psycho-physiological health and wellbeing.

Response: Our findings show that those who face more stressful situations such as chronic illness and social marginalization seek more painful forms of participation in the ritual – for example, have more body piercings during the ceremony. This creates enormous amounts of stress, which we documented by measuring electrodermal activity. But somewhat surprisingly, it leaves no lasting effects on anxiety. On the contrary, it seems to have some cathartic effects on participants, who report increased wellbeing and quality of life already a few weeks after the ceremony. In fact, the more intense their suffering was during the ritual, the greater the benefits on their wellbeing.

Response: Cultural practices are by definition specific to a group. When we encounter traditions that are foreign to us, they might seem strange, and in some cases even appalling. But such cultural practices have been handed down through thousand of generations, which means that they have gone through a process of cultural selection and have successfully survived. This suggests that we should at least be open to the possibility that they have some important function for their practitioners. Our study shows one of those functions, and hints at others.

For example, we argue that one of the ways in which ritual suffering increases wellbeing is through forging social support networks. Precisely because these practices are costly, their public performance signals commitment to group values, and by doing this increases the status of the individual, who then reaps the benefits.

Response: Studying these practices in real-life settings is very difficult, but it is the only way. For ethical as well as practical reasons, we cannot study extreme rituals in a lab. This means that we have to work around various challenges and limitations that naturalistic studies impose. Thankfully, technological developments are allowing us to design better field studies. Wearable health sensors, such as the ones we used for our study, are becoming cheaper and less invasive every year. Soon, it will be possible to document the effects of these rituals in much larger samples, for longer periods of time, and by using additional measures, such as hormonal and immunological responses.