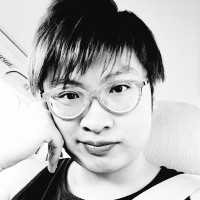 Response: Migraine is one of the most prevalent neurological disorders worldwide. However, what exactly trigger a migraine episode is not entirely clear despite years of research. Moreover, migraine sufferers often report having excessive sensitivity to light and certain patterns during the headache-free period. Some researchers suggested that such abnormal sensations were associated with the enhanced cortical hyperexcitability of the migraine sufferers.

In our study, we aimed to build on this theory by comparing the neurophysiological activities between regular migraine sufferers and control using electroencephalography (EEG). Using the same research method, we also compared the neural activities between healthy participants who reported having more abnormal visual sensations to those with less.

Response: We found that migraineurs had a significantly enhanced neural response – N2 induced by high spatial frequency gratings on their visual cortex compared to control. Also, the healthy participants who have stronger visual sensitivity to gratings appeared to have a similar neural response pattern like the migraine sufferers.

Response: Our study showed support to the linkage between cortical hyperexcitability and abnormal visual sensitivity in both migraine sufferers and the non-clinical population. We hypothesized that the cortical hyperexcitability indicates the neurological vulnerability of the brain and provides the base for a migraine episode. Therefore, theoretically speaking, the non-clinical population with abnormal visual sensitivity could be more likely to experience migraine attack compared to others when they are exposed to some known migraine triggers, for instance, strong visual stimulations, stress, sleep deprivations or hormonal changes.

Response: Future research should focus more on the “sub-clinical group” that we identified – those who do not have migraine but having migraine-like experience. By comparing this population with regular migraine sufferers psychologically and physiologically, we will have a better understanding of what factors trigger/prevent migraines.