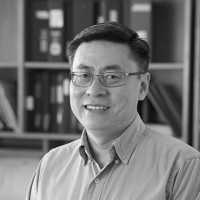 Response: It is a puzzle that troubles the field for many years that how pain and itch, two closely related sensations (once thought as one sensation), are differentiated by the nervous systems. Coding of pain and itch are heatedly debated for decades. The current specificity theory suggests that these two kinds of signals are carried by separate pathways, with some interactions, for example pain can inhibit itch and that explains why we all scratch to inhibit pain. It is true in the periphery (our previous study indicate a small population of neurons in the periphery only codes for itch sensation), but now our study suggests that there could be more crosstalk between these two sensations in the central than we expected.

People might not notice in real life, but in human psychophysical studies, well-isolated experimental environments, when human subjects are given itchy substances, they typically report intense itch sensations accompanied by minor noxious sensations, such as pricking, stinging and burning. Our new leaky gate model suggest in certain circumstances intense itch signals can trigger minor pain sensations, which can explain such phenomenon.

Response: We found an interesting neuronal mechanism that allow us to preserve pain sensitivity to weak harmful stimuli but at the meantime not overwhelmed by strong painful stimuli.

Response: We would like to further explore the circuits downstream, as we mentioned these neurons are only the first step in central nervous systems. We would like to know how pain and itch signals are further relayed from spinal cord to higher brain areas and see whether maladaptive changes in these circuitries might contribute to chronic pain and chronic itch conditions.

Response: We think this leaky gate model builds on the previous models and expands our knowledge as how pain and itch can be coded in the central nervous systems. It might sound somewhat counter-intuitive at the beginning that when you have a stronger input, the responses are actually weaker, but we think it makes sense, because this small population of cells actually functions as a brake for pain and this brake only works during strong painful stimuli so that we can still detect weak painful signals with enough sensitivity and it also makes sure that our sensitive pain detecting system is not generating too much pain when strong painful signals come in.

The leaky gate model is somewhat more complicated than the previous coding models, but we think it reflects the complex coding that actually happens in the central nervous system, which we don’t know enough yet.