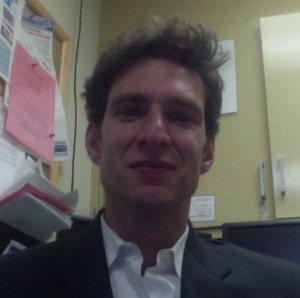 Dr. Friedman: Low back pain is responsible for 2.4% of visits to emergency departments resulting in 2.7 million visits annually. Pain outcomes for these patients are generally poor. One week after an ED visit in an unselected low back pain population, 70% of patients report persistent back-pain related functional impairment and 69% report analgesic use. Three months later, 48% report functional impairment and 46% report persistent analgesic use. Treatment of  Low back pain with multiple concurrent medications is common in the ED setting. Data from a national sample show that emergency physicians often prescribe NSAIDs, skeletal muscle relaxants, and opioids in combination—26% of patients receive a NSAID combined with a skeletal muscle relaxant and 26% also receive an NSAID combined with an opioid. Sixteen percent of patients receive all three classes of medication. Several clinical trials have compared combination therapy with NSAIDS + skeletal muscle relaxants to monotherapy with just one of these agents. These trials have reported heterogeneous results. The combination of opioids + NSAIDS has not been well evaluated in patients with acute low back pain. Given the poor pain and functional outcomes that persist beyond an ED visit for musculoskeletal LBP and the heterogeneity in clinical care, we conducted a randomized comparative efficacy study with the following objective. To compare pain and functional outcomes one week and three months after ED discharge among patients randomized to a ten day course of:

Dr. Friedman: In this randomized comparative efficacy study of ED patients with acute, non-traumatic, non-radicular musculoskeletal  Low back pain, neither naproxen combined with oxycodone/ acetaminophen nor naproxen combined with cyclobenzaprine provided better pain relief and functional outcomes than naproxen combined with placebo. Measures of pain, functional impairment, and use of healthcare resources were comparable among the study arms seven days and three months after the ED visit. Regardless of study arm, nearly 2/3rds of patients demonstrated clinically significant improvement in function one week later. However, 40% of the cohort reported moderate or severe pain, half reported functionally impairing  Low back pain, and nearly 60% were still using medication for their LBP one week later. By three months, poor outcomes persisted for many patients, with more than 20% of the cohort reporting moderate or severe pain, functionally impairing LBP, and use of medications for LBP, though dissatisfaction with the LBP outcomes was reported by only 10% of the cohort. Three months after the ED visit, regardless of study arm, opioid use for  Low back pain was uncommon, with fewer than 3% of patients reporting use of an opioid within the previous 72 hours.

Dr. Friedman: Acute low back pain is a frustrating condition. In general, a majority of patients with acute onset LBP report persistent suffering one week later. By three months, however, the majority has improved.  In our study, we selected for patients at low risk of poor 3 month outcome by excluding those with chronic LBP, radicular symptoms, or regular use of analgesics. Despite selecting for these low risk patients, more than 20% of our cohort reported poor outcomes three months after the ED visit.

Our data leave clinicians and patients in a difficult position. Many patients have already taken NSAIDs for LBP before they arrived in the ED. Some patients may have taken insufficient doses at incorrect intervals and could be instructed to optimize their NSAID regimen. But for those patients who have already optimized their NSAID regimen, there are no additional evidence-based medical therapies available. We demonstrated that adding cyclobenzaprine or oxycodone/ acetaminophen to naproxen is unlikely to benefit the patient. Emergency physicians should counsel their patients that passage of time will bring improvement and eventual relief to most patients.

Dr. Friedman: Despite optimal therapy,approximately 50% of patients are still suffering from their acute  Low back pain one week after the ED visit. Nearly 25% are still suffering 3 months later. Clinical research is needed to define the optimal combination of medication and complementary therapy to improve the outcomes of these patients.