18 Nov Breastfeeding Important For Mothers’ Health As Well As Babies 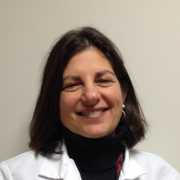 Response: This is the first study ever to combine maternal and pediatric health outcomes from breastfeeding into a single model.

We had published a cost analysis of suboptimal breastfeeding for pediatric disease in 2010, which found that suboptimal breastfeeding cost the US $13 billion in costs of premature death costs and medical expenses, and 911 excess deaths. We followed that up with a maternal cost analysis which found about $18 billion in premature death costs and medical expenses.

In both these studies, most of the costs were from premature death. We were unable to combine the results of these two studies because their methodologies were different, and both of them, especially the pediatric portion needed to be updated.

But the number needed to prevent a case of maternal hypertension is 55, type 2 diabetes is 162, and myocardial infarction (heart attack) is 235.

For every 597 women who optimally breastfeed, one maternal or child death is prevented.

Response: It would be helpful to do some economic analyses more on paid leave and how that would affect the economy vis a vis breastfeeding. It would also be helpful to research more strategies on how best to support mothers of preterm infants to provide their own milk to their infants. For these infants, their milk is lifesaving, yet many of these mothers now have to choose between their infants’ health and life, and their own economic security. Researching whether we should be providing paid leave to at least these mothers would be worthwhile.

Response: Breastfeeding is the physiological norm. We need to figure out better ways to support women to do it. We know that 60% of women do not meet their own breastfeeding goals. At the same time, we do need to be respectful of all women’s feeding choices, and recognize that all moms are doing the best they can