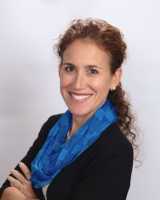 Dr. Van Naarden Braun: Over the past five decades, remarkable improvements have been made in obstetric and neonatal care resulting in significant declines in infant mortality both in the US and abroad, particularly for infants born premature and very low birthweight. Successes in neonatal survival have been met by concerns that the occurrence of developmental disabilities, most notably cerebral palsy, would increase. By monitoring changes over time in the prevalence of cerebral palsy, we can try to understand the impact of these advances further. Our recently published study reported that the birth prevalence of cerebral palsy has not decreased from the mid-1980’s to early 2000’s.

The study also looked at whether the birth prevalence over time differed for children with cerebral palsy who were in certain racial and ethnic groups, had certain birth characteristics, or had other developmental disabilities and found that:

Dr. Van Naarden Braun: It is encouraging that the birth prevalence of cerebral palsy has not increased over time, yet the lack of a decline overall and the consistently higher prevalence among black than white children, highlight the need to continue to monitor cerebral palsy, investigate further the persistent disparities among racial groups, and accelerate the pace of research and the search for interventions. Data that examines trends is useful for anticipating resource needs as children with cerebral palsy transition into adulthood.