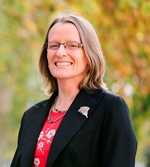 Importantly, not only did continued use of marijuana increase risk for preterm birth but it also made these births 5 weeks earlier on average with a greater number of women delivering very preterm. That is much more dangerous for the baby who inevitably would require admission to a neonatal intensive care unit (NICU). Earlier delivery would be expected to increase the baby’s risk for dying and having long term disabilities.

Dr. Roberts: Across all the recruiting centres 5.6% of women were using marijuana regularly before or during pregnancy and 1% continued to use it at 20 weeks’ gestation. This is a lot more than we anticipated and more than most people would expect. Continued use of marijuana in pregnancy is risky for both mother and baby. If women smoke marijuana before pregnancy it is best to stop if planning pregnancy or as early in pregnancy as possible.

Dr. Roberts: Future research should determine what marijuana use does to the placenta and by what mechanism does it act to precipitate preterm birth.

Dr. Roberts: Women with low socioeconomic status (SES) were more likely to be using marijuana before and during pregnancy than women of high SES. Women with low SES are less equipped to provide for a child who has significant disability than more affluent women.

Anecdotally, some women are using marijuana to alleviate nausea associated with morning sickness in pregnancy. There is no evidence that it actually helps this. We advise women to abstain from using marijuana during pregnancy.