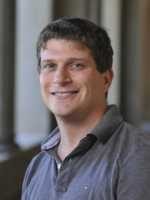 Response: Major structural or genetic congenital anomalies affect approximately 2 percent to 5 percent of all births in the United States and Europe. Mothers of children born with major congenital anomalies face serious challenges such as high financial pressures, as well as the burden of providing care to a child with complex needs within the home setting, which can impair a mother’s health. Little is known about the long-term health consequences for the mother. We assessed whether the birth of an infant with a major congenital anomaly was subsequently associated with an increased risk of death of the infant’s mother.

The population-based study (n = 455,250 women) used individual-level linked Danish registry data for mothers who gave birth to an infant with a major congenital anomaly between 1979 and 2010, with follow-up until December 31, 2014. A comparison group was constructed by randomly sampling, for each mother with an affected infant, up to 10 mothers matched on maternal age, parity (the number of children a woman has given birth to), and year of infant’s birth. Mothers in both groups were an average age of 29 years at delivery. After a median follow-up of 21 years, there were 1,275 deaths (1.60 per 1,000 person-years) among 41,508 mothers of a child with a major congenital anomaly vs 10,112 deaths (1.27 per 1,000 person-years) among 413,742 mothers in the comparison group. Mothers with affected infants were more likely to die of cardiovascular disease, respiratory disease, and other natural causes.

Response: The birth of a child with major congenital anomalies was associated with a small increased risk of death of mothers. This elevated risk was noted both during the first 10 years after the child’s birth, when the mother was likely caring for a dependent child with substantial health needs, and after longer follow-up. No single cause of death explained this association

Response: Further research to assess health effects on other members of the support network of chronically ill children like fathers and siblings may illuminate other targets for improvement of the health of the entire family.