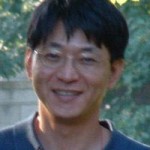 Dr. Cheng: Our research is an empirical response to the Regnerus study, one of the most visible and controversial articles ever published in the social sciences.  His study concluded that individuals raised by a gay or lesbian parent display less favorable adulthood outcomes than those who grew up in intact biological families.  There have been many debates about the study’s conclusion and analysis, but we (Cheng and Powell) are the first to reassess Regnerus’s findings by analyzing his own data.  Our reanalysis seriously calls into question his conclusions. We find that a large number of the people studied in the Regnerus study likely were misclassified as living with gay/lesbian parents.  The misclassifications took several forms:

After reviewing each case, we demonstrated that at least one-third and up to two-fifths were miscounted by Regnerus as having been raised by gay or lesbian parents. Regnerus’s disputable findings are due to these misclassifications and other questionable methodological choices.  When the analyses are more carefully done, our results show minimal differences between young adults who were raised by gay and lesbian parents and young adults who were raised by heterosexual parents.

Dr. Cheng: Our study illustrates the importance of double checking and critically assessing the implications of methodological decisions in social scientific research.  Future research on small and marginalized social groups—for example, same-sex parent families—should more carefully scrutinize the concepts, variables, and statistical analyses used in the research, and be initially skeptical of the results, even if they correspond with the researchers’ expectations. Future research also should more closely look at the extent to which child of same-sex parents may benefit from their parents being able to marry.