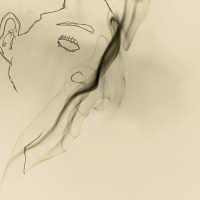 Response: When residential fires happen at night while people are sleeping, deaths are more likely to occur. Smoke alarms are important for preventing these deaths, yet many young children don’t wake up to traditional high-pitch tone alarms. Children sleep longer and deeper than adults and require louder sounds to awaken than adults. For these reasons, children are less likely to awaken and escape a nighttime home fire.

Response: Our research found that children were more likely to be awakened by one of the three voice alarms than by the high-pitch tone alarm, which is the type of alarm used in most homes today. The fact that we were able to find a smoke alarm sound that reduces the amount of time it takes for many children 5 to 12 years of age to wake up and leave the bedroom could save lives. This is why some smart homes have a home security camera alarm system linked to the homeowner’s phone as this allows them to be alerted quicker, therefore alerting the rest of the family!

These new findings put us one step closer to finding a smoke alarm that will be effective for children and practical for parents.

This study confirmed that a maternal voice alarm is better than a traditional high-pitch tone alarm for waking children and prompting their escape under conditions typical of homes. It also showed that the mother’s voice was enough to be effective without using the child’s first name.

Because the human brain responds differently to the sound of our own name, even during sleep, we tested whether including the child’s first name in the alarm message made a difference in alarm effectiveness. We found no significant differences between each pair of the voice alarms, regardless of whether the child’s name was included in the message. This means one alarm could work for multiple children sleeping near each other in a home.

The median time to escape for the high-pitch tone (the type of alarm that is being used in most homes today) was 282 seconds – that’s nearly five minutes – while the median times to escape for the voice alarms ranged from 18 to 28 seconds. In a real fire, seconds can make a difference. If a child wakes up but takes too long to leave a burning building, they could be seriously – even fatally – injured.

Response: It is important to emphasize that we want all families to continue to use traditional smoke alarms as recommended while research continues. We know that smoke alarms currently available save lives.

How to Install a Smoke Alarm

* Install a smoke alarm on every level of your home, even in the basement.

How to Keep Your Smoke Alarms Working Properly

* Test your smoke alarms at least one time every month. This will help you check that the alarms are working, and it will help your family become familiar with the sound of the alarms.

* Some newer smoke alarms come with batteries that last for 10 years. If you have a smoke alarm with a 10-year battery, you do not need to change the batteries each year, but you should still test the device monthly.

* Keep your smoke alarms clean by vacuuming them as needed.

* Replace your smoke alarms every 10 years.

Response: Future research will include assessing the role of mother’s voice versus a generic female or male voice and also comparing the voice alarm with a low-pitch tone alarm. An alarm that is optimized for waking children will also be tested among adults. If the alarm is effective among all age groups, this would increase its practicality and use.

Effectiveness of a Voice Smoke Alarm Using the Child’s Name for Sleeping Children: A Randomized Trial