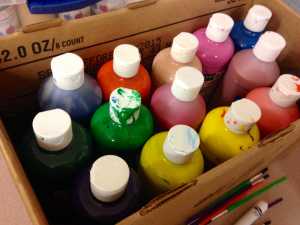 Response: Montessori education was developed in the first half of the last century, but has been subject to little formal research. Prior research on its outcomes was problematic in using poor control groups, very small samples, demographically limited samples, a single school or classroom, or poor quality Montessori, or data from just a single time point and limited measurements.

This study addressed all these issues: it collected data 4 times over 3 years from 141 children, experimental children were in 11 classrooms at 2 high quality Montessori schools at which the control children were waitlisted and admission was done by a randomized lottery, family income ranged from $0-200K, groups were demographically equivalent at the start of the study, and many measures were taken. 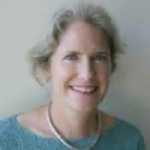 Response: Although equal at the start of the study, over time the Montessori children did significantly better on measures of academic achievement, social understanding, and persistence on a challenging task. They also showed more love of learning, and did somewhat better on tests of executive function. Furthermore, subggroups of children who typically underperform–low income children and children with lower executive function–performed as well as others when they were in Montessori environments, but not when they were in conventional school environments. Montessori and conventional preschool resulted in similar scores for creativity and social problem-solving.

Response: High quality Montessori preschool led to better developmental and school readiness outcomes than conventional preschools. In addition to improving scores on many measures predictive of better life outcomes for all children, Montessori preschool shows potential to equalize performance of groups that are typically underperforming. Most notably, whereas the children in the lower-income half of the sample did worse over time in conventional schools, lower-income children in Montessori did better over time, and statistically they caught up with higher income children both in Montessori and conventional schools.

Response: We would like to increase the scope of this research to include a national sample of high-quality public Montessori schools with lotteries, and also to follow children over time. There is very little research on later outcomes of people who went to Montessori, but three of the four wealthiest Americans–Jeff Bezos, Sergei Brin, and Larry Paige–were Montessori students, as were Jimmy Wales of Wikipedia and Will Wright of Sims video games. This could be chance, or due to a parenting effect, or it could indicate that Montessori sets up a different brain early on, which is better able to adapt and succeed in at least our own culture. In addition to studying longer-term outcomes, we would also like to study how having a child in Montessori might change parents, how Montessori teacher training might change teachers, and also who is attracted to Montessori  as parents or teachers.

Response: Although I was once skeptical of Montessori education–I thought the best educational system would combine elements of Montessori and other approaches–the more I see and understand it, the more I see it as working as a system that cannot be dismantled. Hence I do not think there is one “element” of Montessori that is responsible for these effects. My book, Montessori: The Science Behind the Genius (2017, Oxford), discusses many of these elements and the psychology and education research that supports them.