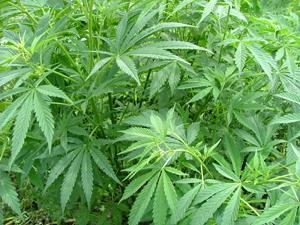 This is a public health concern because the use of any form of tobacco product is unsafe among youth, irrespective of whether it’s smoked, smokeless, or electronic. The U.S. Surgeon General has concluded that the aerosol emitted from e-cigarettes is not harmless. It can contain harmful ingredients, including nicotine, carbonyl compounds, and volatile organic compounds known to have adverse health effects. The nicotine in these products is of particular concern given that nicotine exposure during adolescence can cause addiction and can harm the developing adolescent brain.

In recent years, many youth have also been using other psychoactive substances in e-cigarettes, including cannabinoids and other illicit drugs. This could have been fueled, in part, by shifts in the social acceptability and access to cannabis as several states have or are considering legalized cannabis sales for adults. A previous CDC study found that in 2015, almost 1 in 3 students reported using e-cigarettes with non-nicotine substances. However, it wasn’t possible to identify what exactly those substances were based on the question. Given the high concurrent use of tobacco and other substances, including cannabis, a more detailed question was added to a future survey to assess the use of cannabis in e-cigarettes among U.S. youth. This study presents the findings from that question.

The use of cannabis in e-cigarettes was significantly higher among males than females and high school students than middle school students. Use was also higher among those who had used e-cigarettes more recently and more frequently, those who used other tobacco products and those who lived with someone who used tobacco products. A product that is often used by the younger generation is a dab pen. like an e-cigarette, it uses wax pen batteries to heat up liquids producing vapours. These devices are normally used with cannabis concentrates which can be a problem depending on which country you are living in!

These findings reinforce the importance of strategies to reduce all forms of e-cigarette use, including with cannabis, to protect our nation’s young people from this preventable health risk. E-cigarette use among youth is unsafe. The use of cannabis in e-cigarettes is of particular public health concern given that the National Academies of Science has found cannabis use among youth can adversely affect learning and memory and may impair later academic achievement and education.

Response: The bad news is that more than 2 million of our nation’s youth, including one-third of high school student e-cigarette users, have ever used cannabis in an e-cigarette. This is a public health concern because e-cigarette use among young people is unsafe. The use of marijuana in these products is of particular concern because cannabis use among youth can adversely affect learning and memory and may impair later academic achievement and education.

But the good news is that we know what works to effective reduce all forms of tobacco product use among youth, including e-cigarettes, and irrespective of whether those products contain cannabis. For example, we can continue to modernize our proven, evidence-based interventions to reduce e-cigarette use among youth. Actions could include incorporating e-cigarettes in smoke-free policies, and preventing access to e-cigarettes by youth.