25 Jan Most Cerebral Palsy Not Due To Poor Delivery Technique 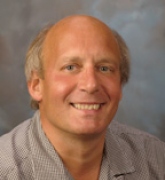 Dr. Muraskas: Multiple studies over the years have demonstrated that only 15% of cerebral palsy is due to the birthing process.

In other words, a normal pregnancy is 7000 hours and lawyers frequently only focus on the last 2 hours.

Dr. Muraskas: The main findings in this study is that a fetus can often tolerate chorioamnionitis as well as profound anemia in utero. In fact, both can be subclinical with no specific fetal heart rate tracing abnormalities.

This study showed that many of these fetuses tolerated labor relatively well however once the umbilical cord is cut these fetuses have to transition like all humans from fetal circulation to their own circulation. The presence of septic shock which was caused by a maternal infection that spread to the fetus as well as profound anemia often secondary to an abruption of the placenta or transfer of fetal blood to the maternal circulation results in a very depressed newborn at birth. Despite appropriate resuscitation these newborns have a very poor response to resuscitation with low Apgar scores often beyond 10 minutes of life. Survival often results in devastating profound neurodevelopmental handicaps such as cerebral palsy, blindness, deafness and mental retardation. This is often devastating to parents and families.

It is a natural reaction for parents/families to blame these outcomes on the obstetrician and find lawyers who will support them. Unfortunately , families and many lawyers do not realize that maternal infection as well as fetal anemia are often nonpreventable.

Of the 4 million infants born annually in the United States up to 10% of these pregnancies can be complicated by chorioamnionitis (400,000) although the majority of newborns born in the presence of chorioamnionitis do very well with no evidence of infection.

Placental abruption as well as maternal fetal transfusion can complicate up to 50,000 deliveries annually in the United States. The majority do not have profound anemia and do very well clinically.

Our major finding is that the cause of these infants being born severely depressed is nonpreventable. Despite appropriate resuscitation when infants are born in septic shock or missing half of your blood volume, these newborns will suffer significant brain damage in the first 15 minutes of life despite good resuscitation .

A major allegation involving brain damage infants is that if he/she was delivered 10 minutes, 15 minutes, 30 minutes etc. earlier the outcome would be normal.

Our study shows that even if delivered earlier, the presence of septic shock or profound anemia would still be present and result in a probable bad outcome.

Dr. Jonathan Muraskas (2016). Most Cerebral Palsy Not Due To Poor Delivery Technique