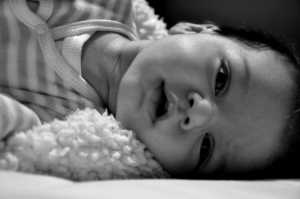 Response: As part of a drive to make England a safer place to give birth, the Department of Health in England has set a target of reducing the number of babies that incur brain injury during or soon after birth by 20% by 2020 and to halve them by 2030.

Before now United Kingdom health services did not have a standard definition of brain injury in babies and there has been no systematic collection of data for this purpose. With colleagues and in collaboration with the Department of Health, we have devised a practical way to measure the incidence rate of brain injury in babies using routinely recorded data held in the National Neonatal Research Database.

Overall, the research found that the most common type of condition that contributed brain injuries was damage caused by lack of oxygen to the brain, called hypoxic ischaemic encephalopathy; this is seen mainly in term babies. For preterm babies, the largest contributor to brain injuries is from bleeding into and around the ventricles of the brain, a condition called periventricular haemorrhage.

It is also the first time that brain injuries in babies have been measured using data gathered routinely during day to day clinical care on NHS neonatal units. The use of routine data required no additional work for clinical staff and provides a valuable way to measure the effectiveness of interventions to reduce brain injury.

Response: Being able to measure the how common brain injuries are allows health professionals and researchers to focus on reducing these devastating conditions.  This includes the consistent use of treatments that reduce the risk of brain injuries in preterm infants, such as steroids and magnesium sulphate given to the mother before birth. This measure will also help us to evaluate other interventions, for example making sure the most premature babies are born at hospitals with advanced neonatal services on site, which we know reduces the risk of brain injury.

Response: A key next step is to use routine data to monitor and inform work to reduce the number of brain injuries in babies, and to understand the long-term effects of the conditions that make up these brain injuries, on the children and their families.