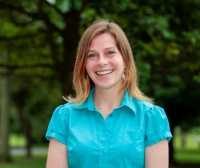 Response: Controversy continues to surround parenting by lesbian and gay (LG) adults and outcomes for their children. As sexual minority parents increasingly adopt children, longitudinal research about child development, parenting, and family relationships is crucial for informing such debates. This longitudinal study compared outcomes for children, parents, couples, and the overall family system among nearly 100 (N = 96) adoptive families with lesbian, gay, and heterosexual parents at two time points: when children were preschool-age, and approximately 5 years later, when children were in middle childhood. Child outcomes were assessed via parent- and teacher-reported behavior problems, while parent outcomes were assessed via self-reports of parenting stress levels. Couple and family outcomes were evaluated by parent reports of couple adjustment and overall family functioning.

Response: These findings are consistent with and extend previous literature about families headed by LG parents, particularly those that have adopted children. The results have implications for advancing supportive policies, practices, and laws related to adoption and parenting by sexual minority adults. The findings may also help to move public debate forward about parenting and child outcomes across a diversity of family forms.

Response: Research involving more diverse samples of lesbian and gay parent families (formed through different pathways to parenthood, greater variability in parent race and socioeconomic status, etc.) would be beneficial, as well as other modes of assessments (for example, interviews with parents or children, observational data, etc.). Additional longitudinal research would be useful, and we certainly hope to continue to follow these families over time, as children grow from middle childhood to adolescence.