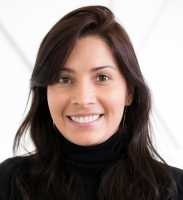 Dr. Garcia: Mild and chronic metabolic acidosis as a result of a diet rich in acid-forming nutrients, such as cheese, fish, meat and grain products, may interfere with optimal bone mineralization and indirectly increase the risk of osteoporosis later in life. Previous observational studies in adults have reported inverse associations between dietary acid load and bone mass. However, the evidence in younger populations is scarce; only a few studies have been performed in healthy children and adolescents with inconsistent results, and not much is known on the effects of dietary acid load on bone mass in younger children or in children with a non-European background.

In a prospective multiethnic population-based cohort study of 2,850 children from the city of Rotterdam, the Netherlands, we found that dietary acid load estimated as dietary potential renal acid load (dPRAL), and as protein intake to potassium intake ratio (Pro:K) at 1 year of age, was not consistently associated with childhood bone health. Furthermore, associations did not differ by sex, ethnicity, weight status, or vitamin D supplementation.

Dr. Garcia: There is insufficient evidence to suggest that dietary acid load in early life has a detrimental effect on childhood bone health. In healthy children, under normal conditions, dietary acid load may not be as relevant for bone development as other known nutritional and lifestyle factors such as calcium intake, vitamin D status and physical activity.