27 Dec Play is Changing: By Two Years, Most Toddlers Can Work A Touchscreen 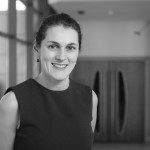 Dr. Murray: Everyday in clinic, and in waiting rooms and in restaurants we see parents are handing over their smart phones and iPads to occupy young children. The nature of childhood play is changing rapidly. The exact frequency and the effect of this change in unknown. We wanted to first measure how young children 12-36 months are using touchscreen devices. We asked parents who attended our paediatric unit, both outpatients and short stay inpatients to answer a study specific questionnaire.

Touchscreen usage was common at a very young age and from 2 years of age toddlers have the ability to interact purposefully with touch-screen technology.

Medical Research: What does this mean?

Dr. Murray: The frequency of use was more than we expected. Also the quality of that use, even at 12 months of age. By 24 months children are felt by their parents to interact in a meaningful way, and are able to search for and find their own apps. Supporting this is the fact that over 60% of parents had downloaded apps specifically for their toddler. We don’t know how this will affect the longer term development of 21st century children.

Displacement of other activities, particularly active play is another concern. Toddlers are estimated to only spend around 30-60 mins per day playing with traditional toys. If 15-30 mins of this is now spent on a touchscreen, it is displacing 50% of traditional play. We need to find out what effect this will have on their long term attention and ability to interact with the “real world”.

On the opposite end of the spectrum touchscreens can be interactive, allowing the child to use their attention and memory to solve puzzles and develop language skills. Children can learn from 2D screens, but not as quickly as they learn from real world interaction. Children learn best when interacting with an interested adult who talks to them about the learning topic. For low income families free-to-play educational apps allow access to educational material that they may not otherwise have.

There is another important potential use for touchscreen devices at this age. That is the possibility of touchscreen devices allowing us to measure ability in high risk children. Touchscreen interaction offers the potential to assess children’s memory and processing speed at a pre-verbal age. Earlier assessment and detection could allow early intervention at 12-24 months when it can be most effective.

Bottom lines: traditional play in toddlers is changing rapidly. Touchscreens are becoming the most frequently used “toy” for many children. The quality of this use and the effect that this may have on long term development, attention and memory is unknown.

Dr. Deirdre Murray (2015). Play is Changing: By Two Years, Most Toddlers Can Work A Touchscreen MedicalResearch.com