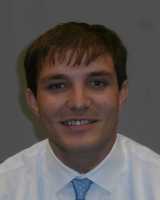 Response: Poverty influences the well-being of children and adolescents in a negative way. Poor children are often exposed to toxic health stressors, including violence, environmental toxins, and inadequate nutrition. Children in poverty with chronic health conditions also are more likely to have higher rates of secondary disorders and worse outcomes. We studied children with asthma, attention-deficit/hyperactivity disorder (ADHD), and autism spectrum disorder (ASD), to describe the how much disease and if the children had multiple (comorbid) conditons and how these vary by poverty status.

Parents reported through the National Survey of Children’s Health that asthma and ADHD rose 18% and 44% from 2003-2011/2012, respectively, whereas the lifetime prevalence of ASD rose 32% from 2007-2011/2012 in all income levels. For asthma, the rise was most among the poor at 25.8%. For ADHD, the percent change among the poor was similar, however the rise in autism spectrum disorder was associated with being non-poor. Publicly insured children with asthma, ADHD, and ASD also had a significant higher chance (1.9×, 1.6×, 3.0×, respectively) of having higher more than one chronic condition. In addition, kids who were poor with asthma and ADHD.

Response: Although poverty is a well known risk factor for chronic health disease, our findings suggest that the increase in parent-reported asthma, ADHD, and  autism spectrum disorder as well as additional disorders is influenced by kids and families being in poverty.

Response: Understanding the impact of having multiple chronic diseases is an area for future research to help develop better practices for treating the poor children identified in the survey. Attention to kids who have multiple chronic health conditions can result in improved quality of life and optimal disease control. Future research is also needed to examine parent and system-level characteristics that may further explain poverty’s impact.

Response: No disclosures. I would add that it is unclear why children with asthma, ADHD, and autism have been increasing and at least for asthma and ADHD have increasing comorbid conditions. We could not elucidate that in our study. It could also be that children’s health insurance has improved in the last 10-15 years and more of the children are receiving an appropriate diagnosis. This speaks to keeping programs aimed at children, especially those with chronic medical conditions, such as SSI, Medicaid, and CHIP strong moving forward.