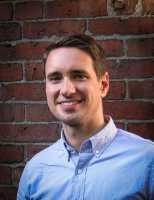 Response: Studies to date have shown that states’ alcohol laws can help prevent young people from dying in car crashes. However, studies to date have usually only looked at a single policy at once. We wanted to build on these previous studies by looking at the overall effect of multiple alcohol laws acting at once. We also wanted to look at laws not necessarily only targeting drinking and driving among young people, but also policies aimed primarily at adults over 21.

We studied deaths of young people under 21 who were killed in motor vehicle crashes across the United States between 2000 and 2013. We found that one-quarter of all young people died in a crash involving a driver who alcohol level was over the legal limit. One-half died in a crash in which the driver had any level of alcohol in their bloodstream above zero.

We also found that most young people died on evenings and weekends, which is when people are most likely to have been drinking. Importantly, almost half of all young people died in a crash in which they were the passenger, not the driver. In 80% of cases in which they were the passenger, it was actually an adult >21, not a young person, who was driving the vehicle.

We then looked at states’ alcohol laws, and found that the stronger the set of alcohol policies in a state, the lower the likelihood of young people dying in a crash that was alcohol-related. Policies included laws relating to alcohol taxes, alcohol availability and hours of sales, and graduated driver’s licensing for young people, among many others.

Response: No disclosures. But, as with any study, there are some limitations to consider. For example, although we carefully considered how likely certain alcohol laws were to be enforced, we cannot be absolutely certain every policy was fully enforced. For example, having sobriety checkpoints may be important, but the number of them actually set up and the locations and times that they take place is critical for ensuring that they work.