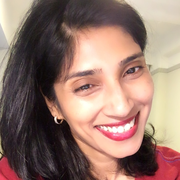 Dr. Kalesan: Firearm injuries are one of the 3 major causes of death in children in the US. for every 7 pediatric firearm deaths there are 8 children non-fatally injured by a gun. Those that survive will live with disability and severe morbidity. From our earlier studies, we found that this burden of survivorship and injury is different according to race/ethnicity. There is also evidence that Injury related hospitalizations are also associated low-income households and neighborhoods. In the background of gun (violence) control, frequently comparisons are drawn between firearm injuries and motor vehicle accidents.

Dr. Kalesan: Our results add to the evidence suggestive of deep and structural racial differences in the exposure to firearm violence in the US.

Dr. Kalesan: Discussions and policies regarding gun violence are often focused on gun deaths. However, 70% of the gun violence victims who survive are disabled and suffer multiple hospitalizations, burdening the health care system. While it is important to understand the burden of death due to gun violence, it is also important to study the short and long-term consequences of gun violence survivorship