19 Jul Veterans with PTSD Have High Prevalence of Sleep Disorders 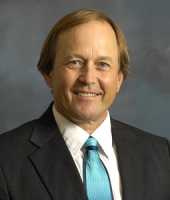 Response: Over 21 million Veterans live in the U.S., and nearly 9 million of them receive healthcare through the Veterans Health Administration, which is the largest integrated healthcare system in the U.S. The military population is particularly vulnerable to sleep disturbances due to their work schedules, living conditions, and other physical and psychological factors that accompany their jobs. However, previous studies have not comprehensively described the scope and characteristics of sleep disorders among Veterans. Sleep is considered a physiological necessity. Inadequate sleep has been associated with a wide range of adverse health outcomes, including an increased risk of chronic diseases such as heart disease and cancer, psychiatric disorders, reduced quality of life, and increased mortality.

Response: We found a six-fold relative increase in the age-adjusted prevalence of any sleep disorder diagnosis over an 11-year period between FY2000 and FY2010. These trends were observed in a very large sample of 9,798,034 United States Veterans seeking care in Veterans Health Administration facilities. The largest increases were identified among those with post-traumatic stress disorder (PTSD), other mental disorders, or combat experience. Veterans with cardiovascular disease, cancer, or other chronic diseases also experienced higher rates of sleep disorder diagnoses relative to those without those conditions.

Response: Veterans with PTSD had very high sleep disorder prevalence (16%), the highest among the various health conditions or other population characteristics that we examined. It is notable that PTSD prevalence increased three-fold over the 11-year study period. Sleep disorders were three to four times more prevalent among veterans with PTSD relative to those without PTSD. Because of the way the study was designed, this does not prove that PTSD caused the increase in sleep disorder diagnoses. However, we recently completed a follow-up study that examined this issue in greater detail. In that study, a pre-existing history of PTSD was associated with an increased odds of sleep disorder onset. We plan to submit that paper for publication soon.

Response: The trajectory of sleep disorder diagnoses observed in our study indicates that the trend may continue beyond FY2010. This suggests a growing need for adequate sleep disorder management and appropriate health care planning for Veterans in the years ahead. Early identification and adequate treatment of the expanding population of Veterans with diagnosed sleep disorders may improve quality of life and chronic disease risks for those patients. Our current research is examining a non-pharmacological method for improving sleep (HRV biofeedback). This intervention also will be evaluated for its ability to ameliorate pain, stress, fatigue, and depression among Veterans, which are all strongly associated with poor sleep.