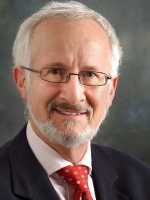 Dr. Freedman: Guidelines recommend that patients with atrial fibrillation (AF) at high enough risk for stroke should be treated with anticoagulant. Anticoagulant drugs are remarkably effective in reducing stroke risk by about two thirds, and death by between a quarter and a third. Unfortunately, strokes can still occur when patients are prescribed anticoagulant for Atrial Fibrillation, and it is often presumed this residual risk of stroke represents treatment failure, though there are few data about this important issue.

Dr. Freedman: We were able to compare the risk of stroke in a cohort of patients with AF commenced on anticoagulant, with a very large closely-matched cohort seen in general practice at the same time but without AF. This is a unique comparison. We found that the residual risk of stroke in such anticoagulant-treated patients was virtually identical to that in the matched control cohort. The implication is that the residual risk of stroke may not be treatment failure, but the risk of non-cardioembolic stroke in people of a similar age and stroke risk profile but without Atrial Fibrillation. The residual risk of death in those on anticoagulant was higher than the matched controls, and intermediate between the control rate and the mortality rate for untreated AF.

Dr. Freedman: Anticoagulants are remarkably effective in reducing stroke risk to a low rate which is not different from people of the same age and gender matched on other stroke risk factors but without AF. This would represent the best that treatment could do – i.e. removing the excess risk posed by Atrial Fibrillation.

Dr. Freedman: Future studies using stroke registries with imaging to determine the type of stroke, paired with closer clinical information on AF status and adequacy of anticoagulant therapy, including medication adherence, would be useful to settle the question of whether strokes in anticoagulant treated patients with known Atrial Fibrillation represent treatment failure or a different type of stroke that might not be reduced by anticoagulant. This is not true for death, and more work is required to determine the reason for the increased mortality despite anticoagulant, and what other approaches may further reduce mortality in Atrial Fibrillation.