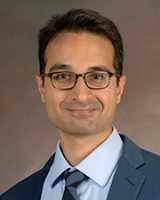 Response: There is no country in the world where the absolute number of people living with or died from stroke has declined between 1990 and 2013. In the US, approximately 795,000 people experience a stroke each year with nearly 90% being acute ischemic stroke (AIS), which remains the leading cause of adult disability in the US.

In 2015 landmark clinical trials demonstrated that endovascular stroke treatments (EST) for patients with large vessel occlusion (LVO) leads to dramatic improvements in patient outcomes. However, in the wake of these results, stroke systems of care around the globe are now faced with the daunting task of ensuring that patients with AIS have access to appropriate screening and therapy.

The evidence of benefit for endovascular stroke that emerged from these trials was derived from treatments rendered almost exclusively at high volume stroke centers, with specialized neuro-imaging, neuro-intensive care, neuro-rehabilitation and neuro-nursing. However, since the publication and adoption of these findings into guidelines, it has become well-established that the likelihood of good neurologic outcome for these patients remains dependent on minimizing delays in treatment. Even 15-minute delays in endovascular reperfusion have been associated with quantifiable decrements in clinical outcomes. As such, there has been an increase in demand for the procedure as well as calls for the dissemination of the treatment away from tertiary-care referral centers into the community, to avoid the costly delays associated with inter-hospital transfer (IHT). On the other hand, transferring endovascular stroke patients to higher volume centers has also been associated with reduced mortality. In the absence of clear data on the relative efficacy of EST in lower volume centers, this lack of clarity on the optimal distribution of endovascular stroke resources had led to considerable confusion, with stroke center certifying agencies such as The Joint Commission initially requiring physician and hospital minimal EST volume requirements for certification, and then very recently revoking and then reinstating that criterion.

Given the need to structure stroke systems of care in the modern endovascular stroke era, as well as the poorly characterized effect on EST outcomes away from tertiary-care referral centers, understanding the trends in treatment patterns as well as outcomes in relation to treatment volumes and IHT is of vital importance. The study described here provides for the first time large-scale data on the utilization of the procedure as well as the finding that its outcomes are directly tied to annual volumes.

Response: We performed a retrospective cross-sectional study, utilizing both the Healthcare Cost and Utilization Project (HCUP) State Inpatient Database (SID), as well as the State Emergency Department Database (SEDD) on all discharges from non-federal acute care hospitals in Florida (from 2006–2016. We also used the Nationwide Inpatient Sample (NIS) dataset from 2012–2016, they were able to assess the generalizability of the findings for the Florida cohort in a larger national sample.

The primary endpoint was good neurological outcome, defined as discharge to home or acute rehabilitation. We identified 3,890 patients from the Florida cohort were treated with thrombectomy, and found that the  total number of thrombectomy procedures that were performed increased continuously, with a jump in the amount carried out in 2015, which, corresponding to the release of prominent endovascular stroke therapy trials. There was a similar trend in the number of patients that were transferred for thrombectomy, as well as in the number of hospitals performing thrombectomy. These findings were also seen in the nationwide cohort.

In the primary analysis, we found a continuously increasing likelihood of good outcome was found to be associated with an increase in the number of annual thrombectomy procedures performed in a Florida cohort, a finding of which was validated through the nation-wide cohort (OR: 1.3; 95% CI: 1.2, 1.4).

In short, there was a 30% increase in the likelihood of good outcomes for every 10 additional annual endovascular stroke treatments per year.