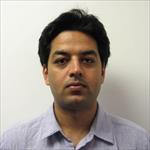 Response:  Future studies should identify reasons for lower utilization of reperfusion therapies in ischemic stroke in Blacks compared with Whites. Future studies should evaluate whether lower in-hospital case fatality rate among Blacks compared with Whites is explained by differences in stroke severity and pathophysiology (lacunar vs. cardioembolic stroke).