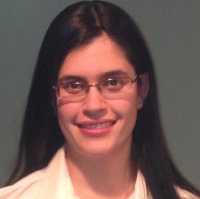 Response: Atrial Fibrillation is a common heart rhythm that affects 1 in 25 adults over age 60 and 1 in 10 adults over age 80. The feared consequence of atrial fibrillation is stroke, leading to the prescription of blood thinning medications (anticoagulants such as warfarin) to prevent strokes. However, there is an underutilization of these life-saving medications in older adults, and particularly in those who have dementia. In part, this is due to a lack of research and inclusion of older adults with dementia in prior studies.

In this study, we used clinical Veterans Administration data, linked to Medicare, to follow 2,572 individuals over age 65 who had atrial fibrillation and until a diagnosis of dementia. The average age was 80 years, and 99% were male. We found that only 16% remained on warfarin. We used statistical methods to account for reasons why a patient would or would not be treated with warfarin and found that those who continued to take warfarin had a significantly lower risk of stroke (HR 0.74, 95% Confidence interval 0.54- 0.99, p=0.47) and death (HR 0.72, 95% CI 0.60-0.87, p<0.01) compared to those who did not continue to take warfarin, without an increased risk of bleeding.

Response: Older adults, particularly those with dementia must be included in clinical trials of cardiovascular disease treatments as they are often the target group for the therapies studied, but clinicians are left to extrapolate from studies of younger and often healthier individuals.