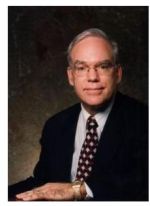 Medical Research: What is meant by the Obesity Paradox? Is it reported more in some groups?

Dr. Preston: The obesity paradox is a term that is used when a study finds that obese people have lower mortality than non-obese people. The finding is considered paradoxical because the obese do not have lower mortality in cross-sections of the general population. The paradox is, however, commonly observed among people who suffer from a particular illness such as heart disease or diabetes.

Medical Research: What are the main findings of your study? What is reverse causation and how does it affect obesity studies?

Dr. Preston: We find in a nationally representative sample that, among people suffering from cardiovascular disease, mortality is indeed lower for people who are overweight or obese than for people of normal weight. So the paradox appears among this group. However, when we study people’s mortality according to their maximum lifetime weight, the paradox disappears. We attribute its disappearance primarily to the fact that many  people who have lost weight from their maximum are doing so because they are ill. This phenomenon is referred to as “reverse causation” because illness is affecting weight rather than weight affecting illness and mortality.

Medical Research: What role does smoking play in your study?

Dr. Preston: Weight status among patients with cardiovascular disease provides clues to clinicians about the healthiness of their patients. Those who are obese are in fact subject to lower mortality than those who are not. But that is simply because they are less likely to be smokers and less likely to be losing weight because of their underlying illness. It is not a prescription for weight gain: people with cardiovascular disease should strive to maintain normal weight.