08 Feb Teen Vaping is a Risk Factor for Future Smoking 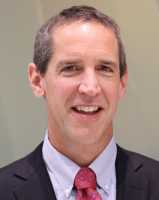 Response: The main finding of this study is that teen vaping predicts future smoking.  We surveyed a nationally-representative sample of 12th graders in 2014 and then re-surveyed them a year later.  We found:

Response: Teen vaping is a risk factor for future smoking.

Response: It will be important for future research to specify the links between vaping and future smoking.  How does vaping desensitize youth to the dangers of smoking?  Do teens who vape develop friendship networks with smokers?

E-cigarette use as a predictor of cigarette smoking: results from a 1-year follow-up of a national sample of 12th grade students