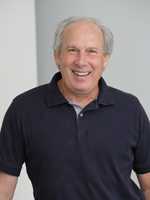 Response: In the United States, there are striking racial differences in the rate of menthol cigarette use.  Tobacco use is a major preventable source of morbidity and mortality in the population, and menthol cigarette use by African Americans represents an important issue for attempts to address minority health disparities.

There have been many studies that have documented the role of inherited factors that contribute to smoking or tobacco use.  However, no studies have examined the role of genetic factors specifically in menthol tobacco use.  The preference for menthol cigarettes among African Americans has previously been attributed to cultural factors or industry advertising practices directed at this group.

In our study, we asked whether genetic factors could explain why African-American smokers choose menthol cigarettes over non-menthol cigarettes. Our initial hypothesis was that variation in genes that encode the known menthol receptors was important in this difference, although we designed our study to look at all 21,000 protein-coding genes in the genome.

Response: We looked at several different groups of African-American smokers.  To our surprise, variants at the known menthol receptor genes had no correlation with menthol cigarette use.  Instead, we found a difference in the coding region of the MRGPRX4 gene that correlates strongly with menthol use.  This variant is African-private, that is, it occurs only in populations of African origin, and it was the only gene variant genome-wide that was repeatedly associated with menthol use in our study.

The MRGPRX4 gene encodes a so-called G protein-coupled receptor whose function was otherwise not well understood.  We were fortunate that work in the laboratory of Dr. Bryan Roth at the University of North Carolina, Chapel Hill had previously found a way to activate this receptor in vitro.  Dr. Roth and his group were able to show that the African variant of this receptor is less sensitive to activation, and that menthol further reduces this sensitivity.  We then showed that MRGPRX4 is expressed in the dorsal root ganglia of the thoracic spinal cord in humans.  The dorsal root ganglia neurons are known to mediate signaling of irritating sensation in the airway.

Response: Our lab was drawn to this research question due to our longstanding interest in taste perception.  Our findings show that menthol preference in African Americans has no correlation with any genes involved in taste perception.  Instead, this preference appears to be substantially driven by an African-specific difference in a mechanism for detecting airway irritation; this difference involves a gene whose function was previously not well understood. The fact that the African-American population carries a genetic vulnerability to menthol cigarette use has important implications for tobacco regulatory policy, and for our understanding of factors that underlie minority health disparities in the United States.

Response: We still don’t know precisely what activates the MRGPRX4 receptor.  Finding this would allow us to better understand exactly how MRGPRX4 senses irritation.  In addition, the African-specific variant doesn’t occur in all African Americans — it was only in 5-10 percent of this group — so it can’t explain all of the difference in menthol cigarette use by this population.  Additional research with MRGPRX4 gene information in studies of tobacco use could provide important insights in behavioral and social science research on tobacco use.

Response: This study is a wonderful example of the power of genetics.  Its revelation of the role of MRGPRX4 in this human behavioral difference was a complete surprise.  In addition, this genetic approach led to an important advance in our understanding of what this gene does, which had been previously a somewhat tantalizing but poorly understood player in sensory neuroscience.