04 Nov ‘Everything in Moderation’ Might Actually Increase Obesity Risk 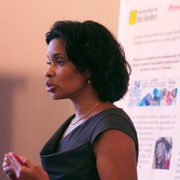 Dr. Otto: Eat a variety of foods, or food diversity, is a long standing public health recommendation because it is thought to ensure adequate intake of essential nutrients, to prevent excessive intakes of less healthy nutrients such as refined sugars and salt, thus promoting good health. However there hasn’t been empiric evidence from populational studies testing this hypothesis. In our study, we characterized three metrics of diet diversity and evaluated their association with metabolic health using data from 6,814 participants in the Multi-Ethnic Study of Atherosclerosis, including whites, blacks, Hispanic-Americans, and Chinese-Americans in the United States, including the total count (number of different foods eaten in a week), evenness (the distribution of calories across different foods consumed), and dissimilarity (the differences in food attributes relevant to metabolic health, such as fiber, sodium or trans-fat content). We then evaluated how diet diversity was associated with change in waist circumference five years after the beginning of the study and with onset of Type 2 diabetes ten years later. We also examined the relationship between diet quality and the same metabolic outcomes. Diet quality was measured using established scores such as the Dietary Approaches to Stop Hypertension (DASH) and the Alterative Healthy Eating (AHEI) score.

When evaluating both food count and evenness, we found no associations with either increase in waist circumference or incidence of diabetes. In other words, more diversity in the diet was not linked to better metabolic outcomes. Participants with greater food dissimilarity actually experienced more central weight gain, with a 120 percent greater increase in waist circumference than participants with lower food dissimilarity. Contrary to what we expected, our results showed that participants with greater diversity in their diets, as measured by dissimilarity, had worse diet quality. They were eating less healthy foods, such as fruits and vegetables, and more unhealthy foods, such as processed meats, desserts and soda.

When evaluating diet quality, we found about a 25 percent lower risk of developing Type 2 diabetes after 10 years of follow up in participants with higher diet quality. There was no association between diet quality scores and change in waist circumference.

Dr. Otto: Although consuming a greater number of different foods could help increase nutrient adequacy in low-income countries, particularly where people consume most calories from a limited number of staple foods, our study showed that promoting diet diversity in the US population showed no benefit to diet quality or diet healthfulness. Indeed, greater dissimilarity among foods, an aspect of diet diversity that captures diversity of food attributes, was associated with lower intakes of healthy foods and higher intakes of unhealthy foods, as well as with gain in abdominal obesity after five years. Our results challenge the notion that “eating everything in moderation” leads to greater diet quality or better metabolic health. On the other hand, our findings support the importance of diet quality, independent of diversity, to the prevention of diabetes in adult populations.

Dr. Otto: Diet is one of the major modifiable risk factors for metabolic health. Influenced by increasing availability of industrialized food products, among other factors, modern societies in developed and developing countries are going through considerable changes in dietary behavior. Our study findings highlight the need for greater investigation of diet diversity as it relates to dietary patterns, as well as its impact on metabolic health, particularly in understudied populations. Such investigations are crucial to inform dietary policies focused on promoting metabolic health.

Everything in Moderation – Dietary Diversity and Quality, Central Obesity and Risk of Diabetes