06 May Body weight and mortality – is overweight really beneficial? 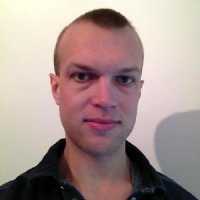 Response: The prevalence of overweight and obesity has increased rapidly over the past decades in all areas of the world. This has raised serious public health concerns because of the relationship between excess weight and increased risk of many chronic diseases including cardiovascular disease, several types of cancer, type 2 diabetes, gallstones, gout, osteoarthritis, and several other conditions as well as all-cause mortality.

However, there were several limitations in that study, for example, smoking and prevalent or prediagnostic illness were not taken into account, both of which can cause lower body weight and increased mortality and may therefore bias the optimal BMI range upwards. In addition, many large studies which did not use the standard WHO categories of normal weight, overweight and obesity, but had used smaller increments to categorize BMI to provide more detailed assessment of the dose-response relationship between BMI and mortality, had been excluded.

Response: In the current study, researchers at the Norwegian University of Science and Technology (Norway), Imperial College London (UK), and Postgraduate Institute of Medical Sciences (India) sought to clarify this association by carrying out a large meta-analysis of 230 cohort studies with more than 3.74 million deaths among more than 30.3 million participants.

In contrast a U shaped association was observed in the analysis of all participants, among smokers, and in studies with shorter durations of follow-up and lower study quality, subgroups where confounding by smoking, and bias due to prediagnostic weight loss are more likely to have occured.

Response: These findings demonstrate the importance of smoking and health conditions in the association between BMI and mortality, and reinforces concerns about the adverse effects of excess weight. The study suggest that a BMI somewhere in the range between 20-24 may be associated with the lowest risk of mortality.

Response: Any further studies should investigate in more detail the association between BMI and other adiposity measures and specific causes of death, including less common causes contributing to all cause mortality, and take into account the important methodological issues that have been highlighted in the current meta-analysis (stratification by smoking status, prevalent disease, and duration of follow-up). In addition, further studies are needed to clarify weight changes partly could explain the stronger association among studies with longer durations of follow-up.

Response: The current findings support recommendations to keep body weight within the normal BMI range. Although further studies are needed of lifestyle determinants of overweight and obesity it is important to eat a healthy diet high in fruits, vegetables, whole grains, nuts and legumes and to be physically active to control weight and limit weight gain.

BMI and all cause mortality: systematic review and non-linear dose-response meta-analysis of 230 cohort studies with 3.74 million deaths among 30.3 million participants