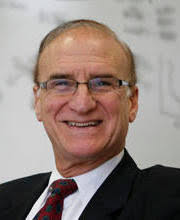 Determining the mechanisms for these phenotypic differences could lead to development of novel therapies for diabetes, obesity, and their associated morbidities.

A central challenging question in research of metabolic disease is whether disease risk for diabetes and metabolic syndrome is driven by a subset of fat cells that may interact with environmental stresses in disease pathogenesis in a way different from other fat cells. Indeed, previous studies from the Kahn lab have shown different fat cells in a single depot from the mouse may exhibit developmental heterogeneity.

In this new study, we attempted to address this question for human white fat using a synergistic application of several methodologies:

2) analysis of individual clones of white fat cells taken from humans at surgery,

3) novel computer based network analysis and

4) integration of the gene signatures across experimental models. Single-cell RNA sequencing is an ideal technique to profile gene expression of heterogeneous cell populations obtained from a single tissue, including fat tissue.

Response: By analyzing single cell RNA-seq profiles of human preadipocytes during adipogenesis in vitro, we have identified at least two distinct classes of subcutaneous white adipocytes.

These differences in gene expression are separate from the process of browning and beiging, and could also be observed in an independent set of clonally-expanded human white preadipocyte cell lines, previously obtained in studies by the Tseng lab.

Using a novel systems biology approach, we have also identified and experimentally tested a previously uncharacterized network of zinc finger proteins that are expressed in one class of preadipocytes and is potentially involved in regulating adipogenesis.

Our findings indicate that the synergy of network biology, single cell sequencing and data integration is a promising approach to gain a deeper understanding of both the heterogeneity of white adipocytes; their link to normal metabolism and disease; and ultimately new targets for the therapy of obesity-related complications, such as type 2 diabetes and metabolic syndrome.