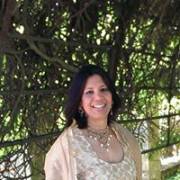 Response: Appethyl™ contains concentrated thylakoid membranes extracted from spinach leaves. By interacting with fats and slowing fat digestion thylakoid membranes promote the release of hormones that reduce feelings of hunger and keep consumers full for a prolonged period. In previous studies the spinach extract has been shown to promote reduction of body weight and fat mass (1-3). Studies have also shown that consuming the thylakoid membranes reduces the urge for chocolate and sweet foods in women (2) (4, 5). Research suggests that women tend to crave sweet foods whereas men prefer savory foods. Hence, thylakoids may influence reward mechanisms to promote an inhibition over eating, especially since some of the hormones released in response to delayed fat digestion influence areas of the brain that control reward-induced eating. Further, unlike pharmaceutical drugs such as orlistat, the spinach extract delays but does not prevent fat digestion. Therefore, the excretion of undigested fat which is an unpleasant side effect of these drugs is avoided. Thus, the effect of the extract on reducing the desire to eat is of great interest, especially if its effects are mediated in part through the reward system. Reward mechanisms can be activated outside of conscious control. In the current food environment which is rife with enticing food choices, reward-induced eating assumes importance.

The main findings of the study are that consuming 5 g of the spinach extract reduced hunger and increased fullness over a two hour period. Males in the study ate 126 kcal less under the thylakoid condition compared to the placebo.

Response: Body weight could be controlled by consciously balancing food intake and energy expenditure. However, the biological system that controls this balance resists weight change partly by regulating the unconscious drive to eat. Therefore, an individual making a conscious effort will lose weight in the short term by reducing food intake, increasing energy expenditure or by doing both. But, the strong biological resistance to weight loss and predisposition to weight regain confers a powerful, unconscious impulse to eat more until the individual returns to his or her starting weight. Therefore foods that contain ingredients to overcome the biological and environmental factors that promote overeating can be of great help to people attempting to adhere to a diet regimen.

Response: The results of this study add to the evidence from previous studies that the spinach extract may act on the reward system. Further, over a period of three months a previous study showed that subjects consuming the thylakoids lost approximately 11 pounds whereas those consuming the placebo lost 7.7 pounds, when both groups were given the same instructions on diet and physical activity (2). However, both these effects of the thylakoids need further validation in future studies.