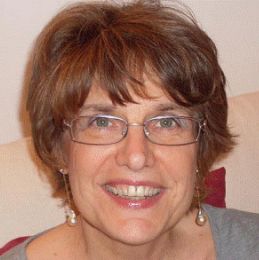 MedicalResearch.com Interview with: Milena Sant, MD Analytical Epidemiology and Health Impact Unit Department of Preventive and Predictive Medicine Fondazione IRCCS Istituto Nazionale dei Tumori Milan, Italy Medical Research: What is the background for this study? What are the main findings? Dr. Milena Sant: Effective treatments for haematological malignanacies are available since early 2000, however in previous studies differences in survival by large European region were evidenced. We used the EUROCARE data to investigate survival time trends and differences across countries within large regions. The study results highlighted a general improvement in 5-year relative survival, most marked for CML (5-year relative survival improved from 30% to 54% from 1997 to 2006-08; and for NHL, particularly follicular type (from 59 to 74%); less variation was seen for Hodgkin survival; Despite this increase, remarkable differences by country within regions were evident. For instance CML survival varyied from 33% in Eastern European countries to 58%in central and northern European countries END_OF_DOCUMENT_TOKEN_TO_BE_REPLACED
Continue Reading
Author Interviews, Cancer Research / 28.09.2015

Aspirin Prolongs Survival In All GI Cancers Except Pancreatic

MedicalResearch.com Interview with: M.A. Frouws, Study Coordinator ASPIRIN trial MD PhD Candidate Datacenter Heelkunde, K6-R Leiden University Medical Center Leiden, the Netherlands Medical Research: What is the background for this study? What are the main findings? Response: The effect of aspirin on cancer survival has been the topic of many studies for a few decades. Epidemiological evidence shows a dual role in the relation between aspirin and cancer; both preventative and therapeutic effects are suggested. The biological mechanism of the effect of aspirin on cancer is still part of debate. However research up until now was mainly done at a single tumor location, mostly colorectal cancer. Since little is known about the etiology of the effect of aspirin, we have undertaken in this study. The aim of this study was to investigate the effect of the use of aspirin after diagnosis on survival in patients with cancer from the gastrointestinal tract. Stratification in specific localizations in the entire gastro intestinal tract could lead to new insights towards the effect of aspirin as a therapeutic agent. We studied 13.715 patients and found a really significant survival benefit in patients taking aspirin after diagnosis of gastrointestinal malignancies, except for pancreatic cancer. Survival in patients with gastro intestinal malignancies taking aspirin after diagnosis showed to be twice as high as patients not taking aspirin. At five years after diagnosis, 75% of patients were alive who took aspirin, versus 42% of the patient group not taking aspirin. This effect persisted after correcting for several confounding factors, including age, disease stage and comorbidity. END_OF_DOCUMENT_TOKEN_TO_BE_REPLACED
Continue Reading