TPOXXÒ (tecovirimat): Novel Antiviral Agent in the Event of a Smallpox Epidemic 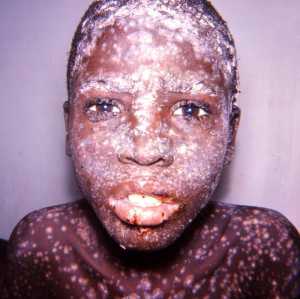 MedicalResearch.com Interview with: Dr. Dennis E. Hruby PhD Chief Science Officer of SIGA Technologies Corvallis, OR MedicalResearch.com: What is the background for this study?  Response: Naturally occurring smallpox was declared eradicated in 1980 following coordinated decades-long global vaccination campaigns. However, there is a significant concern that smallpox, which is both highly contagious and highly lethal, could be used as a potential bioweapon. DNA synthesis technology and the possibility of unaccounted for smallpox stocks pose significant risks. While there are two publicly acknowledged stocks of smallpox virus held by the United States and Russia, some believe that additional stores of the virus could be in the hands of governments or organizations that might use them to cause harm. The DNA sequence of the smallpox genome is in the public domain and could potentially be synthesized in a laboratory from scratch or created by genetically modifying a similar virus. Currently, there are no therapies approved for the treatment of smallpox infection. A smallpox bioterror attack could be especially damaging because the majority of today’s population is not immune to the virus, as routine vaccination ended in the 1970s. It is estimated that without vaccination or treatment, each person infected with smallpox would infect 5 - 7 others. Rapid spread from person-to-person can occur through speaking, breathing or touching. Smallpox also can be transmitted by direct contact with infected fluids and contaminated objects. Furthermore, vaccination must occur within 3-5 days of exposure to smallpox, when patients are still asymptomatic, to be effective. These limitations underscore the need for an effective smallpox antiviral therapy, in addition to any available vaccine. END_OF_DOCUMENT_TOKEN_TO_BE_REPLACED
Continue Reading