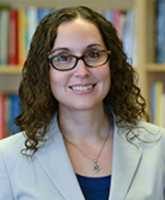 Response: As of November 2016, 28 states have legalized medical marijuana. Several previous studies have found an increase in use for adults after legalization, but not for adolescents. We wanted to examine whether these age-specific findings varied by gender. Consistent with past findings, we found past-month marijuana use did not increase after enactment of medical marijuana laws in men or women ages 12-25. Among people 26+, past-month marijuana use increased for men from 7.0% before to 8.7% after enactment (+1.7%, p<0.001) and for women from 3.1% before to 4.3% after enactment (+1.1%, p=0.013). Daily marijuana use also increased after enactment in this age group for both genders (men: 16.3% to 19.1%, +2.8 %, p=0.014; women: 9.2% to 12.7%, +3.4%, p=0.003). There were no statistically significant increases in past-year Marijuana Use Disorder prevalence for any age or gender group after medical marijuana law enactment.

MedicalResearch.com: What should clinicians and patients take away from your report?
Response: The readers should take away several things. First, despite men being more likely to use marijuana than women are in all age groups, there were relatively few gender differences in terms of the impact of medical marijuana on marijuana use. Second, we found no evidence of an effect of medical marijuana law enactment in any marijuana use outcome for both men and women aged 12-17. Lastly, we did see an increase in both past-month use and daily use among past-year users in both men and women aged 26+ after enactment, but no changes in past year marijuana used disorder.

Second, there is considerable variation across provisions included in different states’ medical marijuana laws; some aspects, such as allowances on home cultivation or dispensaries, might have a role in changes in several health outcome indicators. In addition, eight states have now legalized recreational marijuana, which may also have an impact on marijuana use outcomes over time. Future analyses should account for this variability in marijuana related policies.

MedicalResearch.com: Is there anything else you would like to add?
Response: As marijuana use becomes more prevalent, monitoring state-wide trends in marijuana use by age and gender is important for public health planning. In particular, efforts to prevent and limit injury that may be associated with specific activities, such as driving, may be needed as daily marijuana use increases among adults. Downstream effects, either positive or negative, of a growing proportion of the adult population reporting daily marijuana use in states with medical marijuana laws warrants further attention. Disclosure: This work was supported by the National Institutes of Health, National Institute on Drug Abuse (grant R01 DA037866 to S. S. Martins).