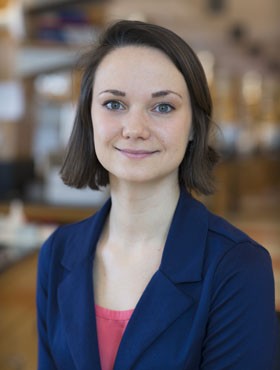 MedicalResearch.com Interview with: Dr. Amy Dunn, PhD Kaczorowski lab The Jackson Laboratory MedicalResearch.com: What is the background for this study? What are the main findings? Response: Environmental factors, such as a poor diet, are known risk factors for Alzheimer’s disease. But the mechanisms are complex, and it is not known how such environmental perturbations interact with individual genetic variation to confer disease risk. Previous studies have not adequately addressed how the combination of genetic variant and environmental factors combine to alter cognitive response to a poor diet. To investigate gene-by-environment interactions, we fed either a normal diet or a high-fat diet to a genetically diverse Alzheimer’s disease mouse model population starting at six months of age and monitored metabolic and cognitive function. We observed accelerated working memory decline in the mice on the high-fat diet after eight weeks, with substantial gene-by diet effects on both cognitive and metabolic traits. Metabolic dysfunction was more closely related to cognitive function in mice carrying Alzheimer’s mutations than in those without. Interestingly, the high-fat diet affected metabolic function differently in female versus male mice. END_OF_DOCUMENT_TOKEN_TO_BE_REPLACED
Continue Reading