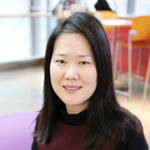 MedicalResearch.com Interview with: HoJin Shin, BPharm, PhD Postdoctoral Research Fellow Division of Pharmacoepidemiology and Pharmacoeconomics Department of Medicine Brigham and Women's Hospital and Harvard Medical School Boston, Massachusetts MedicalResearch.com:  What is the background for this study?  Response: The public health burden of cardiovascular disease has been increasing in people with diabetes along with the burden of diabetes itself. Since 2008, the US FDA has recommended post-approval cardiovascular outcome trials to ensure the safety of new glucose-lowering drugs responding to this growing burden of cardiovascular disease in type 2 diabetes and the potential increase in cardiovascular risk with certain existing glucose-lowering drugs (e.g., rosiglitazone). Notably, SGLT-2i have demonstrated superiority to placebo in reducing the risk of cardiovascular events, including hospitalization for heart failure. Consequently, beginning in 2018, clinical guidelines in the US have recommended SGLT-2i as a preferred second-line treatment for patients with type 2 diabetes and cardiovascular disease. As the paradigm of second-line pharmacological treatment for type 2 diabetes has shifted to include the management of cardiovascular risk in addition to glycemic control, this further raised the question of whether SGLT-2i should be advanced to first-line treatment. Since 2019, SGLT-2i have been recommended as a first-line agent for patients with type 2 diabetes and cardiovascular disease by the European guidelines (the European Society of Cardiology and the European Association for the Study of Diabetes). In the absence of head-to-head RCTs, non-randomized studies using real-world data could provide information on whether SGLT-2i may have greater cardiovascular benefits over metformin more timely than randomized clinical trials among both patients with and without existing CVD. Therefore, we evaluated the risk for cardiovascular events among adults with T2D who initiated treatment with first-line SGLT-2i versus metformin in clinical practice. END_OF_DOCUMENT_TOKEN_TO_BE_REPLACED
Continue Reading