Parents Play Important Role in Whether Kids Smoke or Vape 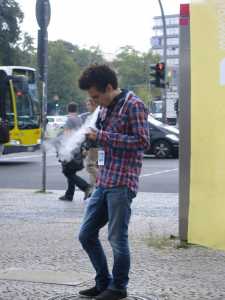 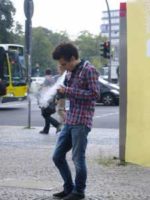 Response: The background for this study involves the associations of household rules and parental awareness with youth tobacco use using data from the Population Assessment Tobacco and Health Study. Health concerns regarding non-cigarette tobacco products, specifically e-cigarettes, have been on the rise. We wanted to explore whether parents are up to date with the trends of popular tobacco products today and what role they may play in youth tobacco cessation and prevention. The main findings of the study revealed that parents less often suspected their children’s tobacco use if their children reported using only e-cigarettes, and other non-cigarette tobacco products, when compared with cigarettes. Additionally, we found that youth who agreed with their parents that their home has strict rules for tobacco use were less likely to initiate of tobacco use compared to youth who had different understanding of the rules from their parents or youth from households with more permissive household rules.  END_OF_DOCUMENT_TOKEN_TO_BE_REPLACED
Continue Reading
Author Interviews, Autism, Pediatrics / 05.12.2018

1 in 40 Children Reported By Parents To Have ASD

MedicalResearch.com Interview with: Michael Kogan, Ph.D. Director of the office of Epidemiology and Research Health Resources and Services Administration’s Maternal and Child Health Bureau MedicalResearch.com: What is the background for this study? What are the main findings? Response: This was a study led by the Health Resources and Services Administration’s Maternal and Child Health Bureau, along with researchers from the Centers from Disease Control and Prevention, Harvard, Drexel, and George Washington Universities.  We used the 2016 National Survey of Children’s Health, a nationally representative survey of over 50,000 children that examines the health and well-being of US children, to examine the prevalence, treatment, and health care experiences of children with Autism Spectrum Disorder (ASD). We found that 1 out of 40 children in the US were reported by their parents to have been diagnosed with Autism Spectrum Disorder.  We also found that children with ASD were significantly less likely to receive services like needed care coordination, referrals to other services, and mental health counseling – even compared to children with other emotional, behavioral or developmental disorders (EBDs).  Parents of children with ASD were also significantly more likely to report being usually or always frustrated in their attempts to get services, again compared to families of children with other EBDs. Finally, we looked at treatment patterns for children with ASD and found that 64% had received behavioral therapy in the year before the interview, and 27% had received medications to treat symptoms of irritability.  END_OF_DOCUMENT_TOKEN_TO_BE_REPLACED
Continue Reading