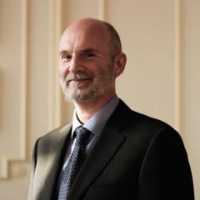 MedicalResearch.com Interview with: Michael Snape, Ph.D. Chief executive officer Chief scientific officer AMO Pharma  MedicalResearch.com: What is the background for this study? What are the main findings?  Response: This is a further analysis of the Phase II Proof of Concept study that was described in March.  We have extended the findings from that study by performing further analyses of the data obtained and also commencing an analysis of the relationship between the levels of AMO-02 involved and the clinical response seen. The main finding is a confirmation that our previously reported conclusions are supported.  The concordant trend analysis revealed a clear dose-response relationship that favored the 1000 mg over 400 mg dose for four of the 10 response variables differed in favor of 1000 mg over 400 mg dose on key clinician and caregiver measures, autism scores and grip strength.  END_OF_DOCUMENT_TOKEN_TO_BE_REPLACED
Continue Reading