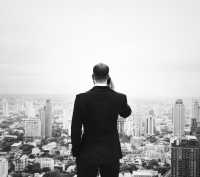 MedicalResearch.com Interview with: Peter Belmi PhD Assistant Professor of Leadership and Organizational Behavior Darden School of Business University of Virginia MedicalResearch.com: What is the background for this study?  Response: We wanted to understand how socioeconomic inequalities perpetuate from one generation to the next. Some scholars have suggested that social inequalities persist because of systemic prejudice that make it difficult for those at the bottom to improve their standing. Other scholars have suggested that structural inequalities may be hard to dismantle because those who wield the most influence are motivated to preserve their advantages. And other scholars have suggested that inequality may perpetuate when mainstream institutions do not acknowledge the values and norms of individuals from underrepresented groups. END_OF_DOCUMENT_TOKEN_TO_BE_REPLACED
Continue Reading