Erlotinib Did Not Reduce Oral Cancer in High Risk Patients

MedicalResearch.com Interview with: William N. William Jr., MD Associate Professor Chief, Head and Neck Section Department of Thoracic / Head and Neck Medical Oncology The University of Texas M. D. Anderson Cancer Center Houston, TX Medical Research: What is the background for this study? What are the main findings? Dr. William: Oral pre-malignant lesions are often characterized as white and/or red patches in the mouth and are considered risk factors for oral cancer. This is why it might be best for people to go get oral cancer screening done if they suspect that there might be a problem. However, not all oral pre-malignant lesions will turn into cancer, but when this happens, surgery is usually recommended, many times leading to serious speech and swallowing dysfunction. Chemoprevention is the use of compounds to prevent cancers from happening before they occur. One of the greatest challenges in developing chemopreventive agents is to identify the population at highest cancer risk. The Erlotinib Prevention of Oral Cancer (EPOC) trial involved 379 patients at five sites across the country. All had premalignant lesions in their mouths. Following study enrollment, participants were evaluated for LOH, a chromosomal abnormality characterized by the loss of chromosomal regions, which include tumor suppressor genes. Patients who tested positive for LOH were considered to be at high risk for oral cancer and were randomized to receive either erlotinib (an EGFR inhibitor drug) or a placebo for one year. The study’s primary endpoint was to determine if fewer patients treated with erlotinib would develop oral cancer, compared to those that received placebo. The EPOC study demonstrated that LOH predicted a higher oral cancer risk. LOH-negative patients had a three-year cancer-free survival rate of 87 percent compared to 74 percent for the LOH-positive group. However, patients who took erlotinib showed no statistical difference in terms of cancer-free survival rates after three years: 74 percent for participants given erlotinib compared to 70 percent for those taking placebo. Patients with both LOH and EGFR copy number gains had the highest incidence of cancer, but still did not benefit from erlotinib. END_OF_DOCUMENT_TOKEN_TO_BE_REPLACED
Continue Reading
Author Interviews, Cancer Research, JNCI / 08.07.2015 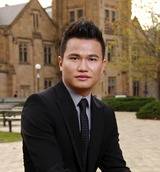 MedicalResearch.com Interview with: Aung Ko Win, MBBS MPH PhD Research Fellow NHMRC Early Career Clinical Research Fellow Centre for Epidemiology and Biostatistics Melbourne School of Population and Global Health The University of Melbourne VIC 3010 Australia Medical Research: What is the background for this study? Response: At least 1 in 1,000 people in the population have a mutation in one of the mismatch repair genes that causes Lynch syndrome. These people have a very high risk of bowel cancer (colorectal cancer): if nothing is done, about half would develop the disease. The main risk reduction method for these people is to have regular colonoscopy screening every year. Almost nothing is known whether or not lifestyle factors and medications can modify the risk of bowel cancer for people with Lynch syndrome. A study was conducted to investigate the associations between aspirin and ibuprofen intake and the risk of bowel cancer, by studying 1,858 people with Lynch syndrome who were recruited into the Colon Cancer Family Registry from Australia, New Zealand, Canada and the USA. This is the largest study to date investigating the associations between aspirin, ibuprofen and bowel cancer risk for people with Lynch syndrome. END_OF_DOCUMENT_TOKEN_TO_BE_REPLACED
Continue Reading