Town vs Gown – Why Are City Kids More Stressed? 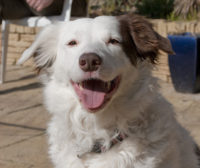 Prof. Dr. rer. nat. Stefan O. Reber Laboratory for Molecular Psychosomatics Clinic for Psychosomatic Medicine and Psychotherapy University Clinic Ulm Ulm, Germany  MedicalResearch.com: What is the background for this study? What are the main findings? Response: Our hypothesis was that people who grew up in cities with more than 100.000 inhabitants  and without pets will show a more pronounced immune activation towards psychosocial stressors compared with people raised in rural areas in the presence of farm animals. This hypothesis is based on the fact that stress-associated psychiatric disorders, which are linked to or even promoted by an over(re)active immune system and chronic low grade inflammation,  are more prevalent in urban compared with rural areas. One possible explanation for a hyper(re)active immune system in people raised in urban relative to rural environments might be a reduced contact to immunoregulatory microorganisms (the so called “old friends”), which is significantly increased in rural people with regular contact with farm animals compared with urban people in the absence of pets. Our results show that a standardized laboratory psychosocial stressor causes a greater inflammatory response in young healthy participants with an urban upbringing in the absence of pets, relative to young healthy participants with a rural upbringing in the presence of farm animals. END_OF_DOCUMENT_TOKEN_TO_BE_REPLACED
Continue Reading