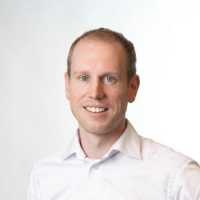 MedicalResearch.com Interview with: Dr. Reinier G. S. Meester, PhD Postdoctoral scholar in the Department of Medicine Division of Gastroenterology and Hepatology Stanford MedicalResearch.com: What is the background for this study? What are the main findings?  Response: Incidence of colorectal cancer has increased for decades in adults under age 50 years in the United States. However, there is still uncertainty regarding the underlying causes of this increase. We studied the patterns in the stage at diagnosis from cancer registry data to assess whether the increases may be due more common use of colonoscopy in the ages 40-49 years, which account for nearly 3 out of 4 young-onset cases. If the increase in incidence were the result of earlier detection from increased colonoscopy use, earlier stage at diagnosis would be expected, whereas if the increased incidence were the result of true rises in risk, relatively later stage at diagnosis would be expected. Our results suggest that the incidence of late-stage (metastatic) colorectal cancer increased at almost twice the relative rate since 1995 (2.9% per year) compared to earlier stages (1.3-1.4% per year). Over 1 in 4 young-onset cases are now diagnosed at a late stage vs. approximately 1 in 5 cases in the 1990s. END_OF_DOCUMENT_TOKEN_TO_BE_REPLACED
Continue Reading