MedicalResearch.com Interview with: Professor Adrian Martineau, B Med Sci DTM&H MRCP PhD FRSB Clinical Professor of Respiratory Infection and Immunity Queen Mary University of London MedicalResearch.com: What is the background for this study? What are the main findings? Response: The World Health Organisation estimates that 10.0 million people developed active tuberculosis in 2017, and that 1.6 million people died of this disease. Multi-drug resistant (MDR) TB is caused by bacteria that are resistant to treatment with at least two of the most powerful first-line anti-TB drugs, causing around 500,000 cases and 150,000 deaths per year worldwide. Existing antibiotic treatments for MDR TB are lengthy, costly and often toxic due to their serious side effects. One novel approach to treating MDR TB is to complement antibiotic treatment by using therapies that boost the immune system’s ability to kill TB bacteria. Vitamin D – the sunshine vitamin – is known to help white blood cells to make natural antibiotic substances (antimicrobial peptides) that can punch holes in the cell membranes of TB bacteria. Several clinical trials have investigated the effects of adding vitamin D to antibiotic treatment for TB. In this study we pooled data from 8 of these studies (1850 participants) and analysed them to see if some TB patients benefited more from adding vitamin D to their treatment regimen than others. We found that vitamin D accelerated clearance of TB bacteria from the lungs of patients who had MDR TB; this benefit was not seen in patients who had ‘standard’ drug-sensitive TB. END_OF_DOCUMENT_TOKEN_TO_BE_REPLACED
0 Comments
Continue Reading
Author Interviews, Hand Washing, Infections, Pulmonary Disease, Respiratory / 16.10.2018 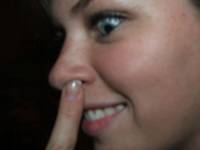 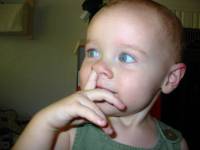 Dr Victoria Connor  Clinical Research Fellow Liverpool School of Tropical Medicine and Royal Liverpool Hospital  MedicalResearch.com: What is the background for this study? What are the main findings? Response: Pneumococcus is a bacteria which is very common and causes lots of different infections (pneumococcal disease). Infections can be non-invasive or invasive. Non-invasive diseases include middle ear infections, sinusitis and bronchitis. Invasive infections including chest infection (pneumonia), infections of brain and spinal cord (meningitis) and blood infections (sepsis). Invasive pneumococcal infections is a major cause of death around the world and in the UK, is estimated that is responsible for 1.3 million deaths in children under 5 annually. Pneumococcal disease causes more deaths in low and middle income countries where approximately 90% of pneumonia deaths occur. Pneumococcus also is commonly carried (colonises) the nose/throat of children and adults. This colonisation is important to understand as it is the main source of the bacterial transmission and is also the first step in pneumococcal infections. The understanding of transmission of pneumococcus is currently poor. It is generally thought that transmission occurs through breathing in the respiratory sections of someone carrying pneumococcus in their nose which are infected with pneumococcus. However more recently studies especially in mice have shown that there may be a role of hands or other objects as vehicles for the transmission of pneumococcus. END_OF_DOCUMENT_TOKEN_TO_BE_REPLACED
0 Comments
Continue Reading