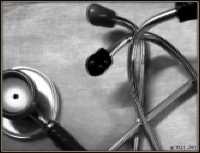 MedicalResearch.com Interview with: Dr. Apostolos Tsimploulis, Chief Medical Resident Dr. Phillip H. Lam, Chief Cardiology Fellow The Washington, DC Veterans Affairs Medical Center, Georgetown University, and MedStar Washington Hospital Center, Washington, DC  MedicalResearch.com: What is the background for this study? What are the main findings? Response: Hypertension is a major risk factor for the development of new heart failure (HF). Findings from multiple randomized controlled trials in hypertension have consistently demonstrated that controlling systolic blood pressure (SBP) to normal levels such as to SBP <120 mm Hg reduces the risk of developing new HF. However, interestingly, once patients develop heart failure, those with a normal SBP value such as SBP <120 mm Hg tend to have poor outcomes. This paradoxical association – also called reverse epidemiology – although poorly understood – has been described with other HF risk factors such as smoking and obesity. Regarding poor outcomes associated with lower SBP in HF patients with reduced ejection fraction (HFrEF – pronounced Hef-ref), it has been suggested that it may be a marker of weak heart muscle that is unable to pump enough blood. However, less is known about this association in patients with HF and preserved ejection fraction (HFpEF – pronounced Hef-pef) –– the heart muscle is not weak in the traditional sense. This is an important question for a number of reasons: nearly half of all heart failure patients have HFpEF which accounts for about 2.5 to 3 million Americans. These patients have a high mortality similar to those with HFrEF – but unlike in HFrEF few drugs have been shown to improve their outcomes. Thus, there is a great deal of interest in improving their outcomes. One of those approaches is to control . systolic blood pressure and the 2017 ACC/AHA/HFSA Focused Update of the HF guidelines recommend that SBP “should be controlled in patients with HFpEF in accordance with published clinical practice guidelines to prevent morbidity.” Thus, our study was designed to answer that simple question: do patients with HFpEF and SBP <120 mmHg, which is considered to be normal SBP, have better outcomes than those with SBP ≥120 mmHg. Using a sophisticated approach called propensity score matching we assembled two groups of patients with HFpEF – one group with SBP <120 mmHg and the other groups had SBP ≥120 mmHg – and patients in both groups were similar in terms of 58 key baseline characteristics. In this population of balanced patients with HFpEF, those with a normal systolic blood pressure had a higher risk of mortality – starting 30 days post-discharge up to about 6 years. Finding from our restricted cubic spline plots suggest that compared with SBP <120 mm Hg, SBP values ≥120 mm Hg (up to 200 mm Hg) was not associated with a higher risk of death. END_OF_DOCUMENT_TOKEN_TO_BE_REPLACED
Continue Reading