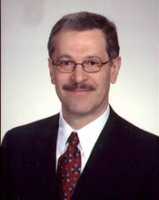 MedicalResearch.com Interview with: Professor Mahmoud A. Ghannoum, PhD Director of the Center for Medical Mycology Case Western Reserve School of Medicine and UH MedicalResearch.com: What are the main findings?  Response: The driving force for this study was our finding that patients with Crohn’s disease had a significantly high level (or abundance) of pathogenic fungi (called Candida tropicalis) as well as bacteria (Escherichia coli, and Serratia Marcescens) compared to their non-diseased first-degree relatives. Not only were their levels high, but these organisms cooperated to form polymicrobial digestive plaque (or digestive biofilms) that aggravated the inflammatory symptoms in these patients. Based on this we wanted to develop a probiotic that targeted these organisms and the biofilms they form. Our efforts led to the design of the novel Biohm probiotic which we tested and the results were described in our publication. END_OF_DOCUMENT_TOKEN_TO_BE_REPLACED
Continue Reading