Norovirus and other GI Viruses Can Be Spread Through Saliva 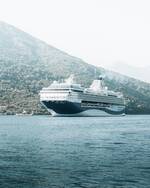 MedicalResearch.com Interview with: Nihal Altan-Bonnet, Ph.D. Chief of the Laboratory of Host-Pathogen Dynamics NHLBI  MedicalResearch.com:  What is the background for this study?  What are the main findings? Response: Enteric viruses such as norovirus, rotavirus and astrovirus are responsible for nearly 1.5 billion global infections per year resulting in gastrointestinal illnesses and sometimes leading to death in the very young, in the elderly and in the immunocompromised. These viruses have been thought to traditionally infect and replicate only in the intestines, then shed into feces and transmit to others via the oral-fecal route (e.g. through ingestion of fecal contaminated food items). Our findings reported in Nature, using animal models of norovirus, rotavirus and astrovirus infection, challenge this traditional view and reveal that these viruses can also replicate robustly in salivary glands, be shed into saliva in large quantities and transmit through saliva to other animals. In particular we also show infected infants can transmit these viruses to their mothers mammary glands via suckling and this leads to both an infection in their mothers mammary glands but also a rapid immune response by the mother resulting in a surge in her milk antibodies. These milk antibodies may play a role in fighting the infection in their infants .  END_OF_DOCUMENT_TOKEN_TO_BE_REPLACED
Continue Reading
Author Interviews, Blood Pressure - Hypertension, Cognitive Issues, NIH / 12.03.2022 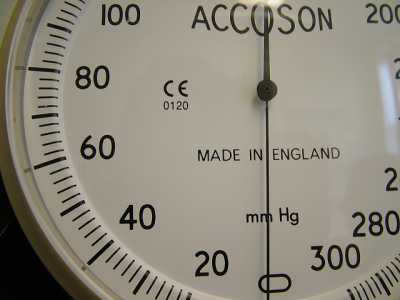 MedicalResearch.com Interview with: Lenore J. Launer, Ph.D. Chief, Laboratory of Epidemiology and Population Sciences Intramural Research Program, National Institute on Aging. MedicalResearch.com:  What is the background for this study?  What are the main findings? Response: Identifying early risk factors and early changes in the brain will have a major impact on future clinical and public health priorities related to the looming epidemic of dementia. Several studies based on older populations suggest mid-life is an important period to start prevention measures. To date control of blood pressure levels has been the most robust and promising candidate to target for prevention of future cognitive impairment. Although several studies have looked at levels of blood pressure and risk for cognitive impairment, it was not known whether trajectories from young adulthood to middle age studies provided additional information about risk. To investigate possible biomarkers of future risk, we chose to examine the association of the mean arterial blood pressure trajectories to indicators of pathology seen on MRI and that are associated with cognition. We highlight the results of the mean arterial blood pressure (MAP) measure, which is an integrated measure of systolic and diastolic blood pressure. END_OF_DOCUMENT_TOKEN_TO_BE_REPLACED
Continue Reading
This website uses cookies to improve your experience. We'll assume you're ok with this, but you can opt-out if you wish.AcceptReject Read More
Privacy & Cookies Policy