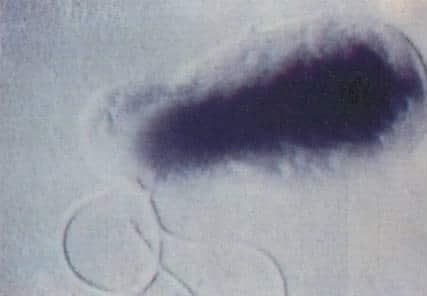 MedicalResearch.com Interview with: Dr. Ed Breitschwerdt, DVM, DACVIM Melanie S. Steele Distinguished Professor of Internal Medicine NC State MedicalResearch.com: What is the background for this case report?  Can you briefly explain the signs/symptoms of a Bartonella infection? Response: Bartonella henselae is a bacteria most commonly associated with cat scratch disease, which until recently was thought to be a short-lived (or self-limiting) infection. There are now at least 40 different known species of Bartonella, 13 of which have been found to infect human beings. The ability to find and diagnose Bartonella infection in animals and humans – it is notorious for “hiding” in the linings of blood vessels – has led to its identification in patients with a host of chronic illnesses ranging from migraines to seizures to rheumatoid illnesses, some of which the medical community previously hadn’t been able to attribute to a specific cause. Evolving data suggests a role for these bacteria in a spectrum of cardiovascular, neurological and rheumatological diseases. Specific symptoms or diseases that have been reported with neurobartonellosis previously include encephalitis, headaches, migraines, demyelinating polyneuropathy, neuroretinitis and transverse myelitis. Documentation of Bartonella henselae blood stream infection in a boy diagnosed with Schizophrenia and Pediatric Acute-onset Neuropsychiatric Syndrome (PANS) extends the spectrum of symptomatology associated with neurobartonellosis. END_OF_DOCUMENT_TOKEN_TO_BE_REPLACED
Continue Reading